I boarded my flight from West Palm and we took off at 2:15, 20 minutes later than scheduled. I should land in Philadelphia about an hour or our and a half before my flight to Rome departs. I didn’t fall asleep last night until almost 3 this morning so hopefully I will be able to sleep on the overnight transatlantic flight to Rome.

I was sitting next to a US Airlines flight attendant who was traveling to Philadelphia for an overnight while working. Near the end of the flight we started a conversation and before we got off he told me that he was going to see if he could do anything for me for my transatlantic flight. His name was Daniel and that was really a nice gesture, although I doubted that anything would change since I knew the flight was full. Still it was a nice thing for him to do.

After landing in Philadelphia I found Sue waiting at the gate for the flight to Rome. I was excited to see her and I know we will have a good time. We didn’t have to wait long before boarding the plane to Rome. 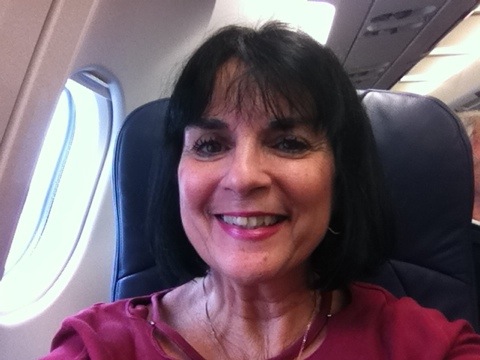 When I boarded the next flight amazingly the seat next to me was empty and for a few minutes I thought that maybe Daniel somehow was able to pull some strings so I could have the benefit of more room. Well no such luck since at the last minute a woman showed up. She said that he connecting flight was late and she almost missed the flight.

After about a half hour into the flight a kind Italian gentleman who was seated behind me switched seats with her so she and her husband could sit together, and so now he was sitting next to me for the next eight and a half hours. This will be a good opportunity for me to practice my Italian actually.

It turns out that Romano speaks both languages exceptionally well since he was born in Rome and moved to Philadelphia when he was 16. Later he moved back to Rome where he lives now. The trip went by fast since we talked for the first half of the flight. He was really nice, a true gentleman and looked like an Italian version of an older Richard Gere. Very easy on the eyes.

I only slept in bits and pieces, like catnaps, but I felt good when the plane landed just before 9 am Italian time. After retrieving our bags Sue and I found a bancomat and got some euros and then headed to the train station inside the airport. Here we each bought a ticket for 14 euros to take the Leonardo Express nonstop train to Rome’s main train station. Afterwards we had an hour to wait until our train to Milan would leave but we actually boarded early and it’s a good thing since we had to find spots for our luggage.

After arriving in Milan we had a panini and caught the regional train to Varenna. I had a chance to practice my Italian with a young man who spoke zero English and it was a good conversation. I guess I still remember a lot of my Italian! 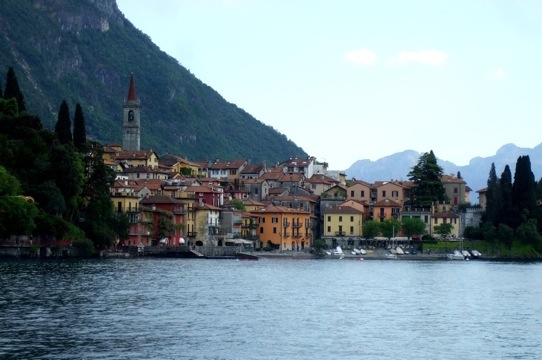 We arrived in Varenna at 5:30 Italy time and walked 15 minutes to the ferry stop and then took the ferry to the other side of the lake to Bellagio. 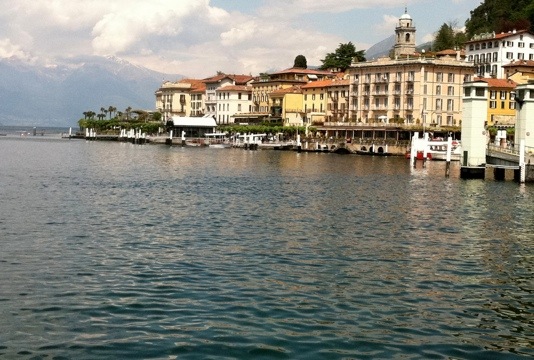 It was a beautiful sight and we checked in at Hotel Metropole where they were waiting for us with a 2nd story room with a balcony and a view of the lake. Priceless!

After unpacking and freshening up we decided to have dinner at the outdoor terrace of the hotel restaurant and I was in heaven. Finally at 10:30 Italy time I went to sleep for the first time since leaving Florida.

5 Responses to Traveling to Italy