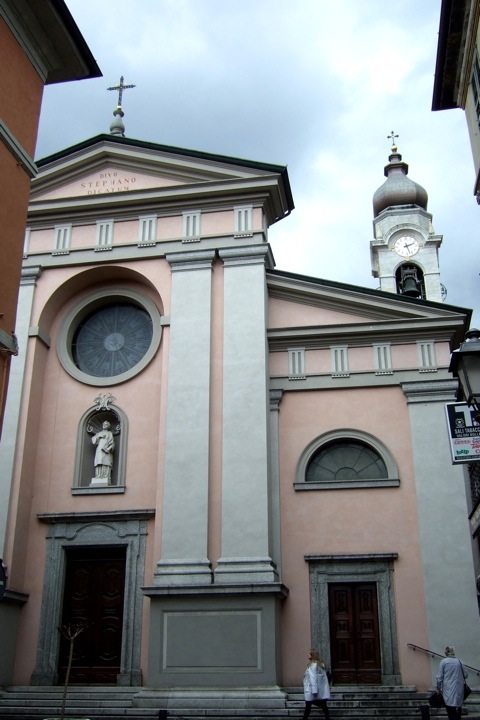 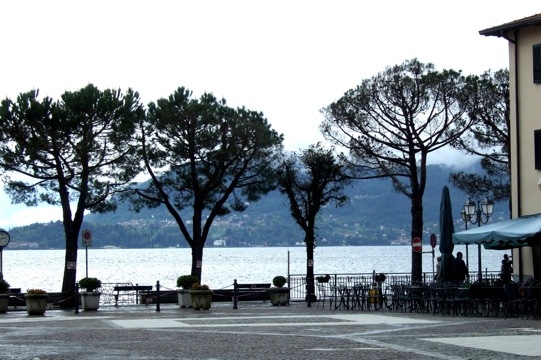 The shops were closed in Menaggio since it was the middle of the afternoon so we stopped in at a pasticceria and I tried a slice of cake which is typical for the region particularly Como. 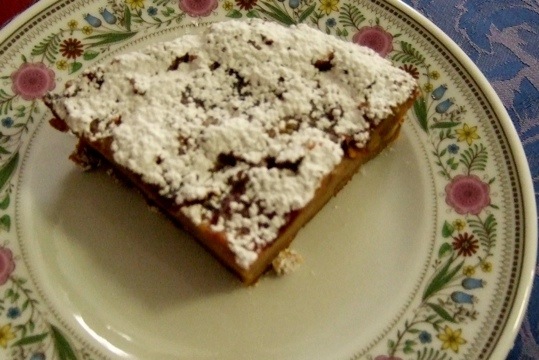 It was made with apples and raisins and was delicious, of course with a cup of cappuccino! We browsed around the lakefront area of Menaggio for awhile until the shops re-opened at 3:30. I found the Vodafone shop and bought a SIM card for my phone. 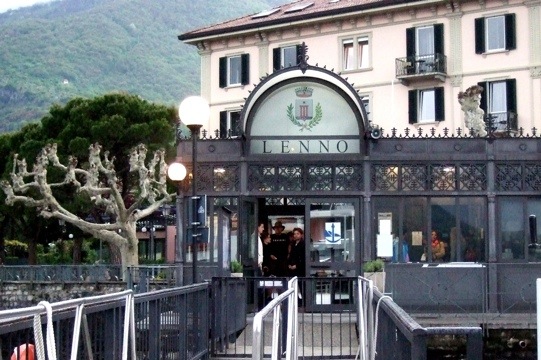 Later we took the boat to the town of Lenno and when we arrived it was pouring, so we found a small pub where we got out of the rain and eventually had a bite to eat, some bruschetta and a glass of Merlot for me and a hamburger for Sue.

Eventually we got on the last boat to Bellagio, but not before running into three men who were drunk after celebrating too much across the street at Albergo Lenno where one of them had just gotten married. He informed us that he was 49 years old, undoubtedly a first marriage for this Italian male. We left there laughing