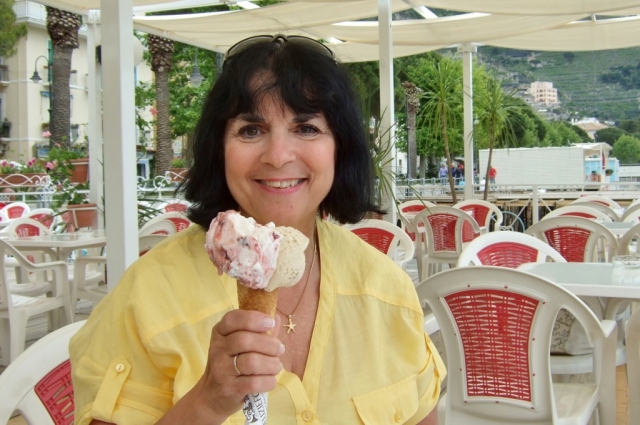 Gelato is one of Italy’s great gifts to the world, and once you have tasted authentic Italian gelato, you understand why this is true. Italians consider gelato to be their ice cream, but it really is quite different from American ice cream in many ways, and when you are in Italy, you simply cannot leave there without sampling this refreshing sweet almost-frozen dessert.

Forget sampling~I made it an almost daily ritual! Strolling the streets with a gelato in hand has certainly become part of the Italian lifestyle of today, with different regions claiming to have the best gelato in Italy.

History
Gelato dates back to the 16th century, and it is not really clear who should receive the credit. Two Florentine men, Giuseppe Ruggieri and Bernardo Buontalenti were the first to create this sweet treat for the Caterina de Medici family, but a Sicilian, named Francesco Procopio dei Coltelli is the one credited with being the first to sell gelato to the public. In 1686 he opened a café in Paris, which still exists today and is the oldest restaurant in Paris.

Serving Choices
Gelato is served in a cup or a cone and of course the brioche. Frequently in Italy you can choose several flavors (gusti) for one cup or cone. The prices are almost always clearly marked for the various selections, and in most gelaterie or bars serving gelato, you pay first, telling the cashier what you are ordering and then take the receipt to the person serving the gelato. You then tell this person what flavors you want, and they happily provide you with your gelato. 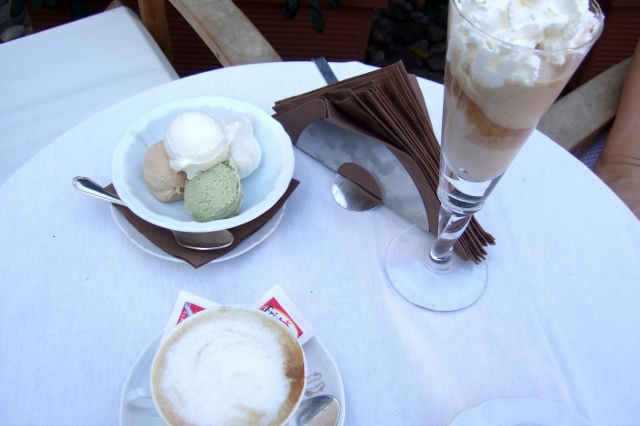 Gelato is available in an endless number of flavors, limited only by the inventiveness and creativity of the gelato maker. Some of the more popular flavors include stracciatella (chocolate chip), nocciola (hazelnut), amarena (black cherry), tiramisu, cioccolato fondente (dark chocolate), pistachio and Sicilian cassata cake. I have tried them all and it is hard to say which is the best. I only know that I am smiling as I am walking down the streets in Italy with a gelato.

Sharing gelato in Riposto with my Sicilian friends, Angelica and Teresa

An award-winning author, Margie Miklas writes medical thrillers and travel memoirs about Italy, a place which has captured her passion for travel. She is also the creator and owner of the travel blog, Margie in Italy, and a contributing writer for an Italian-American newspaper. A retired critical-care nurse, she enjoys spending time with her family, including her three cats. Her favorite place is the beach, and she likes learning new computer skills, when she is not writing. A member of the Florida Writers Association, Margie makes her home in Florida.
View all posts by Margie Miklas →
This entry was posted in Italian lifestyle and culture, Italy Photo, Italy Travel, Writing and tagged foodies, gelato, ice cream, Ita;ian food, Italian culture, Italian food, Italian lifestyle, Italians, Italy, Italy travel, Sicily, travel, trip to italy, visit italy. Bookmark the permalink.

20 Responses to Gelato – Italy’s Sweet Treat to the World