Back from the Florida Writers Conference

Oct 30, 2014
After three weeks in Italy, I returned home to Florida on Tuesday. Two days later I repacked my bag and left for Orlando to attend my first writers’ conference. The timing was not the best since I was still on Italy time due to  jet lag, but nevertheless, I looked forward to the event.

The Florida Writers Association holds an annual conference in the Orlando area. This was the 13th year for the conference, which took place at the Orlando Marriott Lake Mary Hotel. I arrived Thursday and got settled, and looked forward to meeting other writers and doing some networking. The first sessions took place Thursday evening and then all day Friday and Saturday, ending with morning sessions on Sunday.

Since I am a relatively new author I was eager to attend the workshops and learn as much as I could about the craft of writing and also the business of marketing and selling my books. All of these topics and more were covered by experts and professionals in their fields. I learned so much this weekend and enjoyed being part of a group of more than 400 writers from all areas of Florida, as well as other states.

These are the workshops I attended:
The Second Draft and Beyond
Contracts and the Creative Process
Pitching Your Story
Great Book Titles – Make them Marketable and Memorable
The Future of Digital Publishing
Drafting a NYT Bestseller
Waking from the Comma Coma
Social Media for Writers
…and a lively panel discussion entitled Let’s Talk about Sex

I thought the price of the conference was well worth it,  especially since all the meals were included. I am already planning to attend next year. I enjoyed meeting quite a few other writers as well as meeting up with a few members from the Treasure Coast Writers Guild. Some other  writer friends of mine attended too. 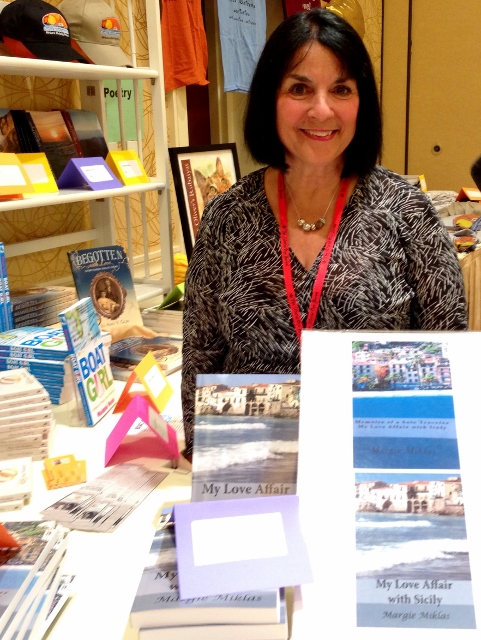 Another feature of the conference was the bookstore, where I had my books for sale, and also the option to sign up for a time to sign books, so I did that as well. Like most of my book signing experiences, I didn’t sell or sign many books, but it was a good opportunity to talk with people.  What made it more fun was that I met another award-winning author, Pam Carey. Her latest book, Elderly Parents with all their Marbles, is a survival guide for those with elderly parents. It was great meeting you Pam, and I look forward to a lunch date with you sometime soon. Check out her blog, Minor League Mom Writes….

The big event on Saturday evening was the Royal Palm Literary Awards banquet. Awards were given to the best works, both published and unpublished in various genres. Over 300 works were submitted to the competition, and my first book, Memoirs of a Solo Traveler – My Love Affair with Italy had qualified as a finalist, which was an honor for me. Two large screen TVs ran a continuous slide show with photos of the finalists and the names of their books in their genres.

As the awards were announced, the description of the winning book showed up on the screen, followed by the name of the book and the photo of the winner.

I could hardly believe it when I saw my book description appear and heard my name announced as a third place award winner in the travel category.

I walked up to the stage to receive my award and was thrilled to be able to share the moment with my friends from Vero Beach, Lidia and Arthur Doweyko, both writers. 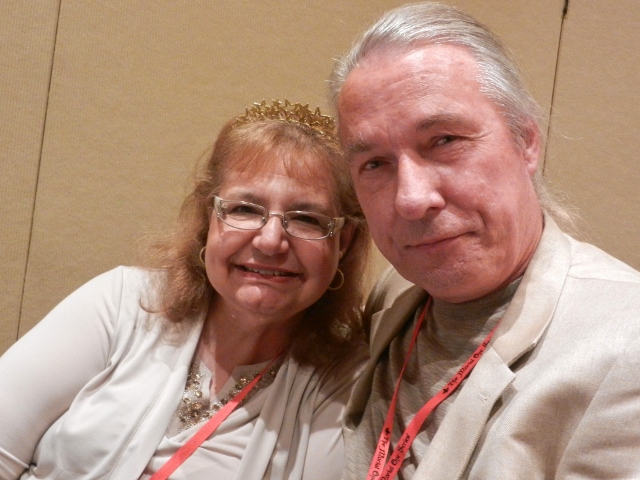 Not long after that, Arthur had his own moment in the sun as his unpublished Angela’s Apple won first place in the science fiction genre. 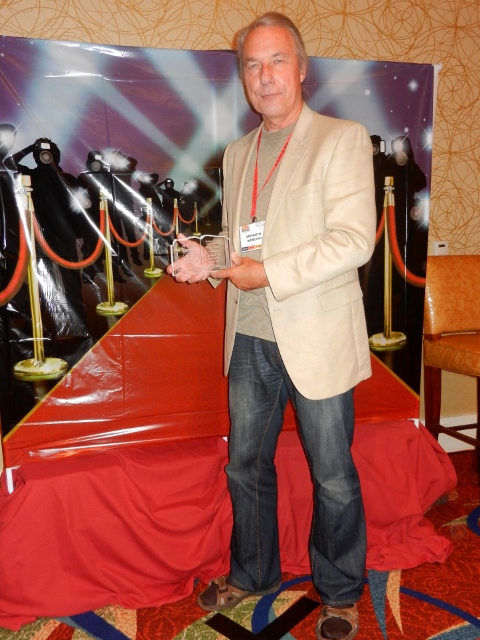 17 Responses to Back from the Florida Writers Conference