Will Italy Say Si or No to Matteo Renzi’s Referendum? 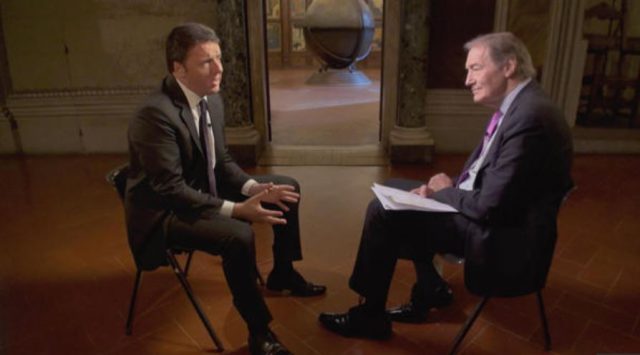 Today is election day in Italy and in a few hours Italians will go to the polls to cast their votes.  Will they say si or no to Matteo Renzi’s referendum to  streamline the parliament?  Voting begins today at 07:00 Italy time and ends at 23:00, with results expected early on Monday.

The youngest Prime Minister in Italy’s history, the former mayor of Florence was only 39 years old when he was sworn as prime Minister in  22 February 2014. He is considered left of center and has been a controversial figure in Italy especially as of late.

The referendum is a Yes or No vote to reduce the size of government in Italy.  Currently the Italian legislature consists of 950 members, and under Renzi’s plan, would be cut by two-thirds. From the recent 60 Minutes interview with Charlie Rose :

A “yes” vote would reduce the Senate to 100 members who would be appointed and not elected. Renzi believes the change is needed because the Senate is the graveyard of legislation in Italy.”

Renzi has also  threatened to resign  if the referendum does not pass. Many believe that his future as Italy’s prime minister is doomed regardless of the vote.

What do you think of this? I’d love to hear  your opinion so please leave a comment. I am especially interested to hear the opinions from Italians who have the opportunity to vote on this referendum.

Addendum : Sunday night 2300 US time. The verdict is in. Italy voted no…read the story here. Italy votes no and Renzi resigns.

19 Responses to Will Italy Say Si or No to Matteo Renzi’s Referendum?